We stand with you 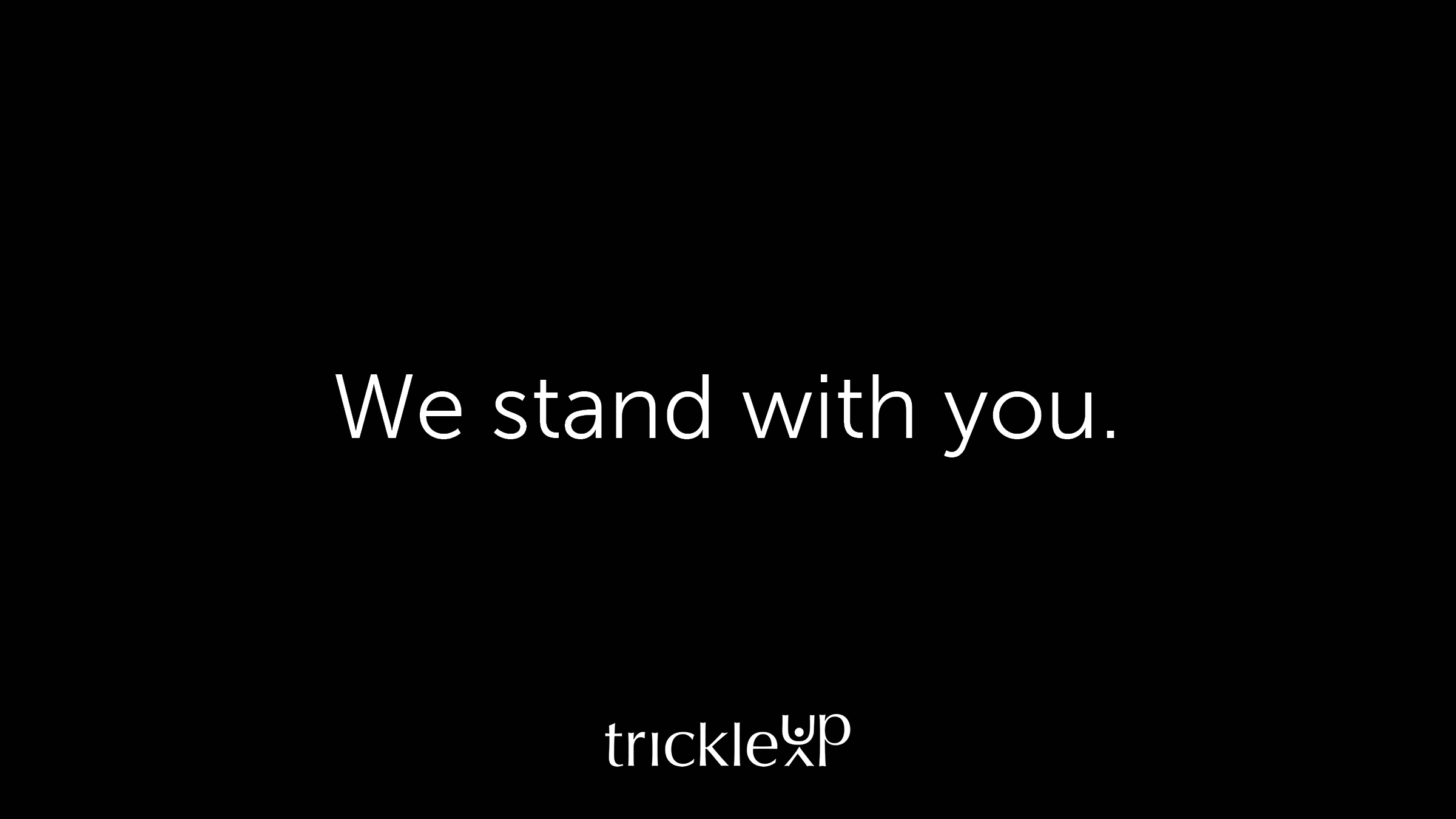 Trickle Up was created in 1979 to fight for economic and social justice around the world. For us, that means listening to marginalized voices and fighting to change the systems that sustain deep poverty. We have worked with more than one million families who have lived in extreme poverty for generations because of systemic discrimination and marginalization. If we have learned anything from them, it’s that lasting change only comes from direct action, solidarity, and sustained commitment.

We are outraged by the recent murders of Ahmaud Arbery, George Floyd, Tony McDade, Breonna Taylor, and the countless others before them, by police officers in the United States. We stand with their families and the Black community in demanding justice for these callous killings. We stand for an end to the culture of white supremacy and its legacy of systems that perpetuate discrimination, oppression, and inequality in the United States and around the world. We believe in free expression, the right to peacefully assemble, and the fundamental principle that governments must be accountable to their citizens. We believe that Black lives matter.

We are committed to doing the hard work that our conscience demands. That not only means speaking up when confronted with racism but listening to Black voices. It means taking a hard look at our own practices to ensure we are a supportive and positive force for Black Americans and all people of color to thrive and contribute to the betterment of our world. We affirm that we have work to do as an organization to combat implicit bias within the international development system. We will start by examining Trickle Up’s hiring and internship recruitment practices. This is only a first step. There will be more and we are committed to reporting on our progress.

We are inspired by a colleague who wrote, “No one should ever have to stand alone when trying to change the world.” We will always stand with those whose struggle for justice is not yet complete. We stand with you.

The Covid-19 pandemic has taken a deadly turn in India, with a surge in positive cases and deaths across the country. To respond, Trickle Up is mounting a relief effort that will provide critical food supplies, PPE, accurate health and safety information, and...
Read More