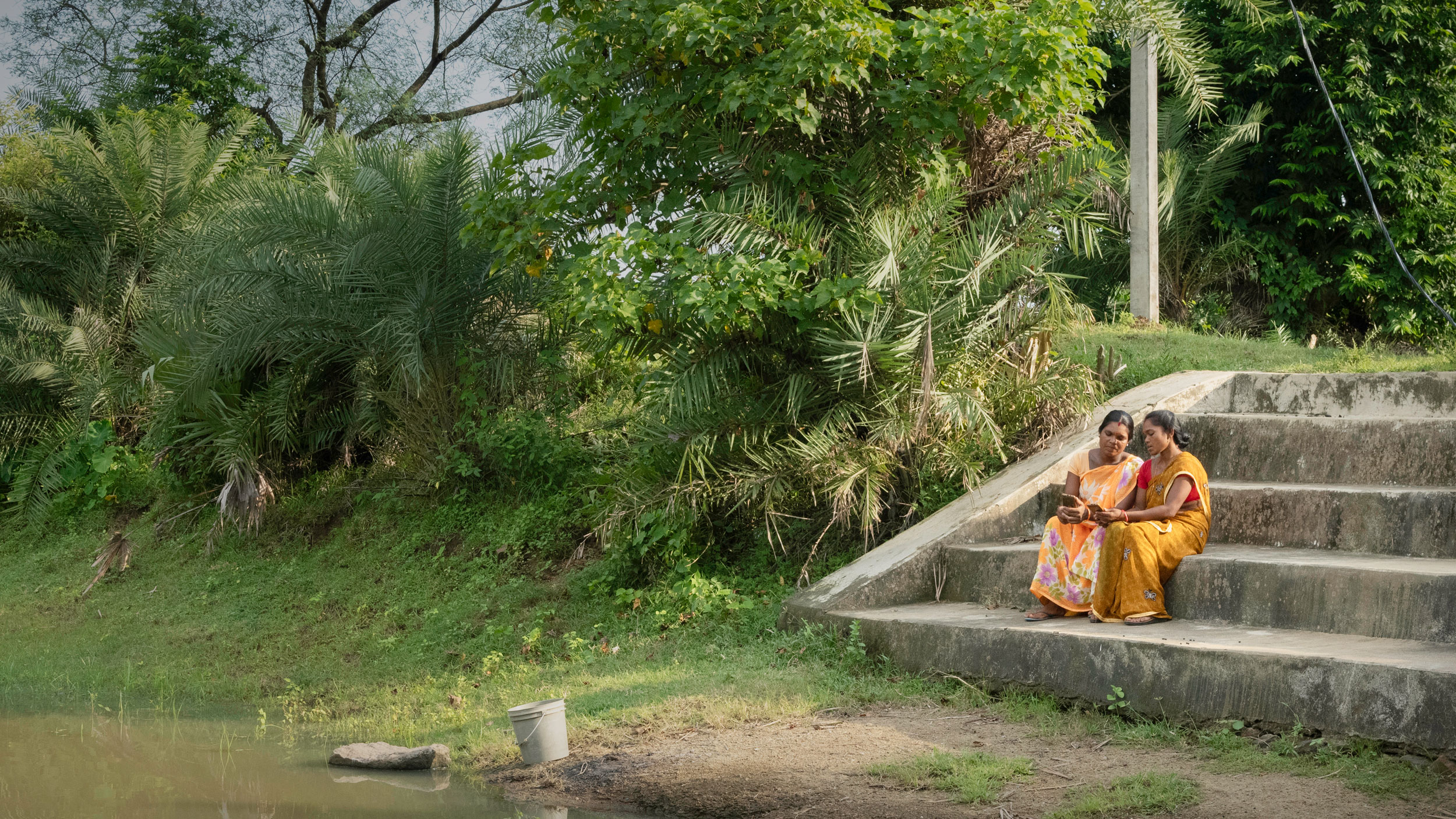 “It seemed like we would always be poor,” says Subodhini Hansada.

Subodhini is a small farmer who lives in a village of 1,150 people called Lalchua in Jharkhand, India, with her husband and her two children, a nine-year-old and a six-year-old.

Subodhini could only grow limited amounts of healthy produce on the small patch of land adjacent to her house because she did not have formal knowledge of farming techniques. What little she could produce was never enough to reliably feed her family or generate a steady income to support them.

“We used to just sow the seeds any way possible. Most of the crops died either from infection or because they were sown too close together and could not grow properly,” says Subodhini. “We did not have any other source of income.”

In 2015, Subodhini began participating in a livelihood program with Trickle Up and India’s National Rural Livelihood Mission, one the world’s largest poverty alleviation programs. She enrolled into the Self-Help Group of her village, and received a seed grant of INR 3000 (US $45) to help jumpstart her farm. Her group was visited by a livelihoods coach who taught Subodhini about organic farming techniques and financial skills, like how to save, with her peers.

A year later, she received a technology that would change her life.

In 2016, as part of the Mobile Connections to Promote Women’s Economic Development (MPOWERED) project implemented by Trickle Up in partnership with Tata Communications, Subodhini held a smartphone in her hands for the first time. The project aims to ensure that the world’s poorest women are included in global information revolution and in doing so, make a significant and replicable contribution to eradicating extreme poverty. MPOWERED provided smartphones to 1,000 women living in extreme poverty in Jharkhand and Odisha, India. The phones were loaded with a specialized app developed to support participants in real time as they began earning an income through farming, livestock and shop keeping.

Subodhini’s enthusiasm to learn and the excitement of owning something as precious as a mobile phone made her an outstanding student. She quickly became proficient in phone basics, the livelihoods app, and additional mobile functions, so Trickle Up recruited Subodhini as a peer teacher, also known in the program as a Smart Sakhi.

Smart Sakhis are women in the community who demonstrated success with the phones and apps and are committed to supporting a group of 25 peers in exchange for a stipend of INR 1,400 (US $21) per month. They were provided with training and mentoring from field staff and effectively complemented—and sometimes even replaced—the work of program coaches

“This mobile phone has changed my life. Not only do I learn how to farm properly through the livelihoods app, I also teach the other participants in my area,” says Subodhini. “I am so confident handling the phone that I can now teach anyone the basic operations of the phone at any point in time.”

Subodhini also improved her agricultural output as a result of her inclusion of the livelihoods programs. “We eat well now,” she says. “The food we eat comes from the kitchen garden we have grown in our backyard. With the help of coaching app, I now know details like how much distance I should keep between seeds and how to save them from pests. Naturally, the quality of the produce has improved drastically. Now that I know how to produce quality crops, I want to turn this into an income generating option for the family.”

The phone has also saved her a lot of time and helped her keep in touch with loved ones. It was difficult for Subodhini to visit her parents and relatives because they lived a great distance away, and she often fell out of touch with them. Now, she can stay in touch daily using her smartphone and has a stronger support system and connection with her family.

“Before I got the phone and the trainings, I did not speak to anyone or go anywhere. Now I meet new people all the time and I learn so much!”

Subodhini is now the primary earner in her household. She also has the responsibility of two young children on her shoulders and the dream of giving them a brighter future. But she is also determined to help change the lives of the other women in her community. “Learning is most effective when you can share what you have learned. I keep telling other participants to talk to people, to try and get more information, to keep learning. I know I can move ahead in life and I can help others move ahead in life as well. That is what has changed for me and I want others’ lives to change for the better as well.”