Leadership at All Levels

Responding to Covid-19 in Odisha, India for the Ultra-poor Population
Atreyee Kar 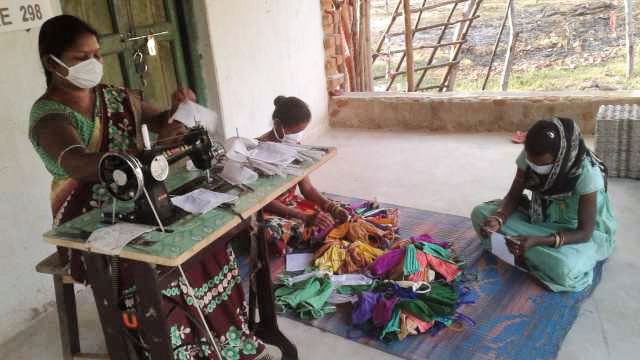 The Indian state of Odisha has been recognized in India’s national media for its effective handling of the Covid-19 pandemic, in particular the swift actions taken by the government and especially their proactive approach to tackling issues faced by the marginalized and vulnerable rural ultra-poor. What these stories have not taken into account is that the Odisha government was working towards ending ultra-poverty among its most vulnerable citizens long before the pandemic struck. Prone to several natural disasters, the state has a track record of turning around and winning round after round in this battle against destruction, and Covid-19 has been no different.

In the most remote villages in Odisha, families earn through daily wage labour, light agriculture and government works projects stemming from the National Rural Employment Guarantee Act (NREGA). The only other livelihoods options were relatively few jobs in schools and Anganwadi centers—government centers for childcare and health service. With so few earning options, many families live in ultra-poverty.

Trickle Up started working in local villages with the savings groups of ultra-poor women—known as Self Help Groups in India—in 2015 under the guidance of the Odisha Livelihood Mission. Each of these groups would have 10-12 members and would start to save INR 10 (USD 0.13) per week. Though INR 10 sounds like a small amount, for the ultra-poor community, it was a significant financial change and it took them quite some time to adjust and start saving.

The work did not stop there.

Each project participant was enrolled with the government in order to receive all the entitlements for which they are eligible. Participants then began creating sustainable livelihood plans with their livelihood coach based on aspirations, inclination, aptitude, and market surveys.

By saving a few thousands of rupees through their regular weekly meetings, participants were able to take low-interest loans from these savings in instances of sudden medical emergencies, to buy seeds for farming, or to send their children to school. Some created kitchen or nutrition gardens to ensure that their families started eating wholesome meals. Others opened small grocery shops or sold the surplus from their farm produce at the market or at roadside food stalls. These may seem like tiny initiatives, however, they worked wonders in slowly increasing income and beginning the journey out of ultra-poverty.

None of these activities are necessarily targeted preparation for an unprecedented pandemic like Covid-19. However, Trickle Up’s approach ensures that these ultra-poor households develop a resistance mechanism for any sudden economic shocks.

It came from abroad, via international travellers, to cities and then to towns near the cities and then to villages near the towns. Inevitably, its impact reached the most remote villages. With Covid-19, came the nationwide lockdown, currently in its eighth week. Savings groups meetings were suspended, the local markets shuttered, and daily wage work halted. The sudden economic shock had arrived.

Despite doubts, difficulties, and danger, grassroots non-profits never considered abandoning their work. Armed with masks, carefully obeying safety precautions and physical distancing, they continued their work with the ultra-poor through phone calls and occasional visits to the villages on their motorcycles and bikes.

These field officers brought a simple message of hope from the Odisha government—for the next three months (up to June), not a single soul would sleep on an empty stomach. The government would provide anyone residing below the poverty line with three months of rations and gas free of cost. Every family would get INR 500 (USD 6.60) per month for three months and every person with a labor card would get INR 1500 (USD 20). Those eligible for widow pensions would receive INR 2000 (USD 26.60).

What did this mean for someone like Jashobanti Didi, a widow supporting four young children? Before the lockdown, she would earn her living as a daily wage labourer and by selling the surplus from her farming efforts. For now, she is depending on the government support to feed and protect her family from the virus. “I am happy as long as my children get to eat. I will follow all rules and regulations and I will stay at home as long as they do not have to go hungry. They should be healthy,” says Jashobanti. “Moreover, if I leave my house, I will be endangering not only myself, but also my kids. I will have to keep these things in mind.”

This does not mean that there are not gaps in outreach and delivery of services in these remote, rural villages. Using our extensive networks in these communities, Trickle Up is working to fill gaps in support. When 65 people in Sundergarh district were unable to access government rations due to a lack of ration cards, Trickle Up got in touch with the government to report and advocate for their entitlements. Within three days of getting in touch with the Special Relief Officer and Food Odisha, their ration cards were created digitally and the entire group was provided with emergency food supplies.

This quick government response speaks volumes of the positive attitude towards its support for the citizens living on the periphery.

And that attitude is infectious.

Not only have the government and non-profits been forthcoming in extending help towards their people, so have the villagers themselves. When wearing masks became mandatory, villagers immediately understood that buying them commercially would be financially difficult. The demand is high and so are the prices. Immediately, two savings groups in Bolangir and Sudergarh districts decided to take the responsibility of keeping their community safe. Drawing loans of INR 4000 – 6000 (USD 53 – 80) from their savings, they bought the cloth and started stitching masks to sell them for INR 20 (USD 0.27) to only their community members.

The concept of physical distancing is completely alien to the villagers of India. Yet while tough, they are all putting forth every effort to live by the rules set by the government in order to prevent the spread of the virus.

We have always seen the importance of leading from the front, especially during times of distress. These are times where everyone is looking at their leader with hefty expectations. A calm and composed leader, who shows the right direction, is always more effective in calming the storm than a powerful one. Odisha pre-emptively declared a 200 CR fund for Covid-19 response long before a single case was found in the state. That declaration came with the message that the state was ready, ready for combat.

And so it seems, are its citizens.

This article was originally published in Char Number Platform on April 25, 2020