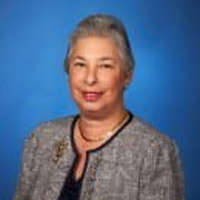 Linda Strumpf joined Trickle Up as a board member in 2010.

Linda is the Chair of the Investment Committee of the Helmsley Trust, whose mission is to improve lives by supporting effective nonprofits in health and medical research, human services, education, and conservation. She served as the Chief Investment Officer of Leona M. and Harry B. Helmsley Charitable Trust from October 2009 to June 2011.

Prior to joining the Helmsley Charitable Trust, Linda served as Chief Investment Officer at the Ford Foundation, one of only a few women running one of the 50 largest U.S. endowments and foundations, she oversaw its $13.8 billion in investments. She was a Trustee and Member of Investment Committee of The Pennsylvania State University until 2014. She served as a Director of various funds in the fund complex of Metropolitan funds since 2003.