José Alfredo, is a ten-year-old boy with hearing disabilities in Mayaland, Ixcán Guatemala. Thanks to the efforts of his mother, Catarina Jacinto, he now has hearing aids that allow him to continue with school activities without complications. José has managed to fully apply himself at school and has become more comfortable socially in the community.

Catarina’s journey to secure José Alfredo’s hearing aids was a difficult one. Catarina raised poultry, which provided financial support for the family. In order to pay for José Alfredo’s treatment, she sold her entire inventory of 400 chickens and several pigs. The family then had to survive only on the sporadic income of her husband, who works as farmer, but only in certain seasons due to the changing climate conditions that the region is experiencing. Catarina maintained a small family garden, which provided some food and support for the family. Nonetheless, the family was now in a highly vulnerable state of living in extreme poverty.

As a participant in the Empowerment Youth and People with Disabilities Project, Catarina received seed capital that she invested in restarting her poultry raising activity. Starting with a few birds including turkeys, ducks, and hens, she has now managed to grow an inventory of around 200 birds and a sow that has had 8 piglets. With her new profits, Catarina continues to support José Alfredo’s health  by paying for medical visits and investing in his education.

“If you have a productive activity you can have a means of support for crisis situations,” said Catarina. “This has been a great support so that we can all have a livelihood in the family. If you work hard in entrepreneurship, you can make good capital.”

Catarina has participated in trainings on livelihoods sponsored by Trickle Up and the municipality of Ixcán and supported by a technical team specializing in agriculture and animal husbandry. She has since improved upon her enterprise, generating profits, reinvesting to increase capital, and actively participating in the local savings group Lan Shex, meaning The Oranges. She now has savings of 360 quetzales (US $45.65)

Today, José Alfredo attends school regularly and his hearing has improved considerably, allowing him to continue his studies and engage in his community.

During 2019, droughts and storms damaged crops in Ixcán Guatemala, so Clara, a 21-year-old mother, decided to invest her seed capital in producing and selling fishing nets to generate income for her family. Clara sold two cast nets in the first quarter of 2020 and...
Read More 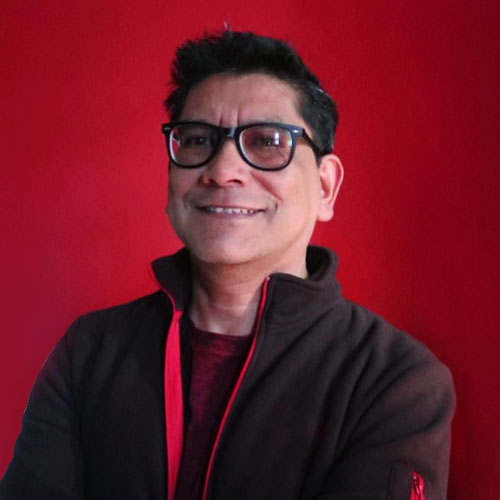 Juan Carlos Villatoro
Juan Carlos Villatoro joined Trickle Up in 2017 as the Communications Officer for the Americas office and is based in Guatemala City, Guatemala. In recent years, Juan Carlos has focused on the development of strategic communication projects for NGOs and International Cooperation Offices, which support people with disabilities, women’s rights, food security and education. Before […]