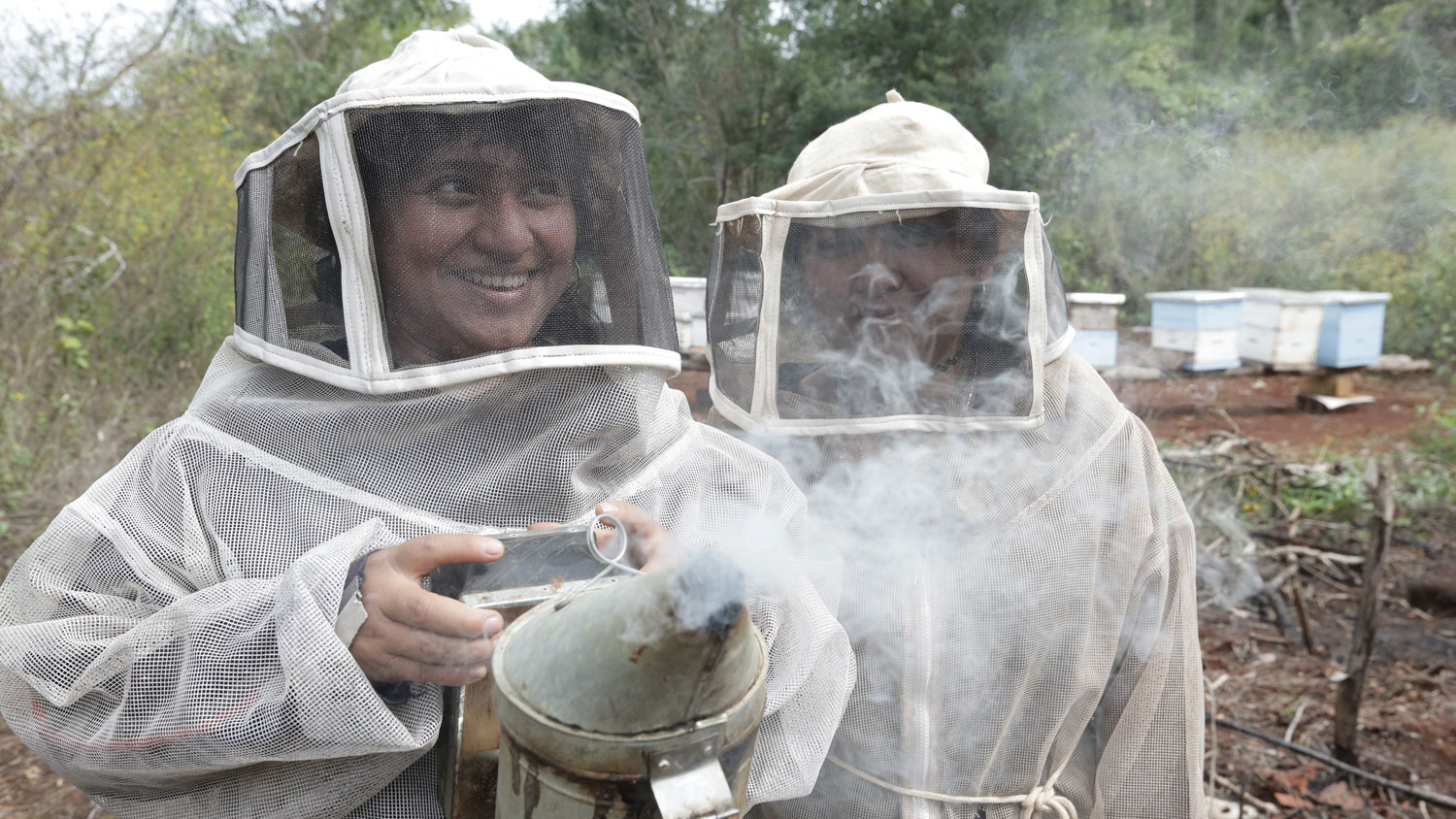 Wilma Santiago and her family struggled to make ends meet. She was unable to pay for her son’s medical expenses and maintain their home and food security. As a part of the Maya Yucateco indigenous group, Wilma and her community have faced discrimination, illiteracy, and barriers to education for generations. Through financial help from Trickle Up, entrepreneurial coaching, and support from the members of her savings group, Wilma drastically changed her family’s future.

After developing a plan with the help of her coach, Wilma used her $774 in seed capital to buy supplies like protective gear, beehive boxes, and smoke canisters. With her seven colonies, she has created a new honey business, Miel Cisteil, which makes her enough money to live without insecurity.

Today, Wilma proudly serves her family three meals a day. She sees the livelihood training she received from her coach as critical to her new business’ success: “I have learned so much about beekeeping. When to feed them, how to keep away the ants that try to eat the hives. I learned how to chase the bees away with smoke, and how to open the hives.”

“This is such a big opportunity. I will not waste it.”

“I’ve been very happy with my original seven colonies. Now I want to grow, and have even more,” Wilma says.

Wilma and the other women in her savings group also learned valuable skills like financial planning, saving, and accessing credit. The savings group helps Wilma build a social support system with other indigenous women living in extreme poverty, who often face social exclusion, racism, and a lack of access to basic services.

With her new income and savings totaling $3,321 so far, she has quadrupled her initial investment in just two years. Now Wilma can afford her son’s medical bills, whereas previously her family could not afford healthcare.

Wilma continues to be an advocate for mothers like herself who have big dreams for the future of their family. She will travel to Mexico City to represent Mayan women at an international conference and advocate for indigenous rights. She is an inspiration to her savings group members, her coaches, and to us.

International Day for the Eradication of Poverty